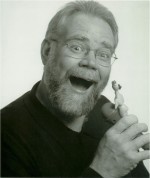 Bob Larson – Get ready for the hard-hitting comedy of Bob Larson! A former Toughman competitor, Bob Larson has taken his pull-no-punches attitude from the fighting ring to the comedy stage. Bob’s blue-collar style of comedy has made him a favorite at comedy clubs across the country. From the smallest dive bars to the biggest casinos in Las Vegas, Bob Larson delivers his jokes like a series of devastating body blows. This no-holds-barred comedian is a hit everywhere he performs. Bob will make you double over with laughter. You’ll laugh until your sides hurt. Bob Larson won’t just tickle your funny bone… he’ll break it in two! 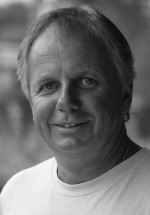 Craig Clausnitzer – The Comedy Cop, also know as The Jimmy Buffet of Stand Up Comedy. Over the years Craig has worked with such comics at Drew Carey, Jeff Foxworthy, Jimmie “JJ” Walker, and the late Pat Paulsen of Smothers Brothers fame. He has also appeared on “Comedy Gallery The TV Show”, TV’s “Stand Up, Stand Up”, and he appeared weekly, well his voice did anyway, on the “Kent Hrbek Outdoors Show” where he wrote and performed the “Rapala Reel Moments” segment. He delivers effortlessly and makes his audience feel relaxed and at ease. “My favorite thing as a comic is to stray from my act and interact with the audience. It’s more fun for me and I think it’s more fun for them. He performs at every type of corporate gig known to mankind and, because of his act, he even performs in churches! Holy Cow! You will not be disappointed to have Craig perform at your function! 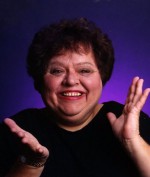 Pat Dennis – Pat Dennis is a comedy veteran with over 1,000 performances at Fortune 500 corporate events, Women’s Expos and national television. Pat is the author of the bestselling, HOTDISH TO DIE FOR. Her fiction and humor have been published in National Public Radio’s Minnesota Monthly Woman’s World, and the Pioneer Press. 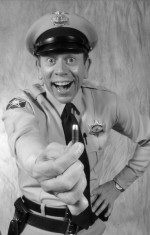 The Mayberry Deputy – With over 5000 performances in 35 states and Canada to over 5 million people, The Mayberry Deputy show performed by David Browning has a motivational message, comedic routines as well as pre & post show entertainment, such as handing out citations and autographed pictures. Its Clean, Funny and reminds people of a time gone by. Truly Nostalgic.