The Danger Committee, formally the Dew Drop Jugglars – This World Champion Juggling Team keeps the audience on the edge of their seats during the whole show. The trio wondrously manipulates torches, clubs, balls, diabolos, knives, and sometimes even garden weasels. Known as one of the top juggling teams in the country, they are also one of the most entertaining with their comedy. The show is high energy, fast-paced, and lots of fun. Until you’ve seen the show, you don’t know how fun juggling can be. The Danger Committee also have a 2 man version of their show called “Hands Down”. This show is more economical and still leaves the audience in total amazement. A guaranteed hit every time. 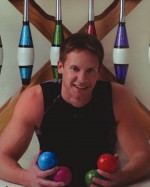 Jason the Juggler – Jason’s clean, family suitable material is customized for each audience. The shows are choreographed with music, and feature many forms of juggling, unicycling, balancing and manipulation. Jason loves interaction with audience members and will invite a few to join him on the stage for added fun and humor.

Craig Carlson – You’ve probably already seen Craig perform and don’t know it. He has performed halftime shows for the Harlem Globetrotters, and a regular performer at the Mall of America. Your children may have watched him as a featured performer on “Animal Planets, Once Upon a Tree” children’s television show. The shows creator said “Craig was responsible for some of the most intimate moments, singing with the main puppet characters”. 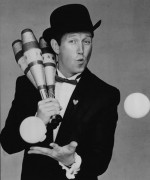 Alan Johnson – Comedy Juggler Extraordinaire! Ingenious…Timeless…Hilarious! He has been seen at Renaissance Festivals, comedy clubs, churches, cruise ships, trade shows and corporate events across the country. He is the voice of the ‘Vulture’ in the animated series Spiderman. His juggling has been featured on the TV series Night Court and he has guest starred on the NBC series ER. His juggling talents have provided him the opportunity to work with many wonderful people including the legendary George Burns. His performance is clean, funny, and can be enjoyed by any audience and adapted to virtually any product or occasion. A unique comedic act!