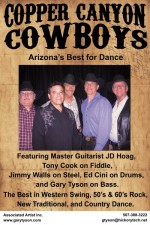 Gordy Pratt – Gordy Pratt, the original Fabulous ONE GUY, is a fast paced, one-man musical comedy show. His numerous TV appearances include ABCs Good Morning America. Gordy has also been the opening act for Beach Boys, Kenny Chesney, Glen Campbell, and the Nitty Gritty Dirt Band. His Baby Boomer Humor from hair loss, to 8 tracks, to the challenge of raising kids is suitable for all audiences. The most common comment after one of Gordys shows is, I laughed so hard my cheeks hurt! 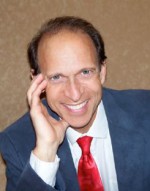 Rog Bates is a stand-up comedian and singer/songwriter with over thirty years experience entertaining groups of all types. Known for his high energy comedy and funny surprise songs… often custom written about the audience… Bates is comfortable with any audience. He is a favorite choice from award banquets at a business conference to college campus shows to blue collar groups and biker bars! As a master of stress relieving humor, the more tension a group is feeling the harder Bates will have them laughing. Rog has opened for Jerry Seinfeld, Jeff Foxworthy, Ritch Shydner and is a sought after act! As an accomplished singer and musician, audiences appreciate the variety, depth and surprise his music adds to the show. Bates is also author of the book “How To Be Funnier—Happier, Healthier & More Successful.” Perhaps most impressive Bates lives in Santa Fe, NM, has two teenagers and a receding hairline . . . And still has a sense of humor!

Laverne & Lucy – This Musical Comedy Duo is a must-have at your next corporate or community event! Each performance is filled with imPROvisation, comedy and audience participation. Your group will surely enjoy the musical variety and laugh-out-loud comedy. 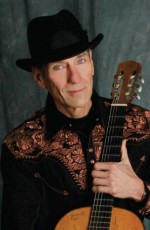 A tasteful display of Stand Up Comedy, Musical Comedy, Comedy Magic, and Comedic Mind Reading. This show averages a laugh about every 8 seconds. Gary has performed with many top stars through the years including George Jones, The Bellamy Brothers, Sammi Smith, Leroy Van Dyke, Sam the Sham, Jack Scott, Dave Dudley, Charlie Louvin, & Tommy Cash. Gary was also a songwriter for Mel Tillis Enterprise, a recording artist with Sugarfoot Rag and San Antone, and has appeared many times on the Grand Ole Opry. Since the early 80’s, Gary has been a Comedic Entertainer for Corporate and Public Functions throughout the U.S. and Canada with 3 entirely different shows to offer. Perfect for Corporate Banquet Dinners, or any special event. This show can be booked separately, or in conjunction with Gary’s Hypnosis Show, or The Children’s Magic Show. Close Up Strolling Magic for the social hour is also available.

Blue Ox Jazz Babies – Dixieland Jazz from New Orleans best describes this legendary band formally know as The Marigold Dixielanders. The nucleus of this group came from the 50’s and 60’s when they entertained crowds while marching in parades. In St Louis, they surprised thousands when “these Yankees from the North” won the National Dixieland Competition. The Blue Ox Jazz Babies will bring this Historical Music direct to you. 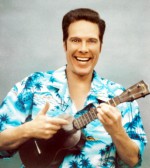 Mary Guentzel and her Quintet – Big Band Classic’s from the 30s and 40s along with select favorites from recent decades best describes this musical group. If you are looking for a classy act for that special occasion, this group is the perfect choice. 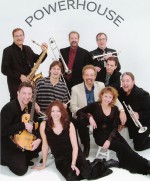 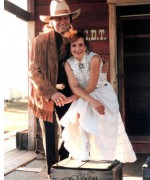 Sherwin Linton – The Legendary Sherwin Linton along with his wife Pam perform songs by Elvis, Marty Robbins, Chuck Berry, Patsy Cline, Buddy Holly and 100’s more. The Infamous Johnny Cash Tribute Show is perfect for after dinner entertainment for corporate events. An infectious smile, a charming personality and sincerity have won him a loyal legion of friends and fans all over the United States and abroad. Sherwin often plays over 250 dates a year and among his many unique accomplishments is a perfect attendance record. He has never missed a scheduled performance in 45 years.

The Sugarfoot Band – Johnny Cash Tribute, 50’s/60’s & Rockabilly With 3 part harmony on most selections, The Sugarfoot Band is a perfect match for all age groups. From the Johnny Cash Tribute by Greg Dopp and Gary Tyson, to Renaye Harn’s styling on Classic’s by Patsy Cline, Skeeter Davis, Leslie Gore and many of the top songs you love, including Classic Duets. The Sugarfoot Band was recently the chosen back up band for Tommy Cash (Johnny Cash’s Brother) at Mt. Rushmore, & will be appearing with Tommy on some dates when he comes to our area. The band performs at a pleasant volume and has a large email list of followers in the Midwest.

Whitesidewalls – THE FOUNDERS ARE BACK! Since their genesis over 35 years ago, The Whitesidewalls Rock ‘n’ Roll Revue has been the Midwest’s ultimate 1950s and 1960s rock & roll show band, with a loyal fan base that continues to grow and show their support and love for The Whitesidewalls. Now the founding members have recreated the original electrifying Whitesidewalls Rock ‘n Roll Revue! Hound Dog, Swanee, The Wizard, Tony the Hit Man and Gino his younger twin brother have handcrafted a fabulous show that will have you jumping just like it did 30 years ago! This talented group of versatile artists from Minnesota and Wisconsin performs for thousands of people each year, demonstrating their agile musicianship while putting on a great show. Come on out and see for yourself- you won’t be disappointed! 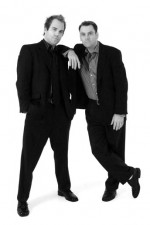 Dueling Pianos – Eichholz and Manderfeld are the members of Deuces Wild! Dueling Pianos, a piano duo offering a Las Vegas-style show of comedy and extensive audience participation featuring an unlikely and surprising mix of music and parodies that range from classic rock and country to rap and show tunes. The key to their marathon of musical comedy, however, is the unabashed and completely liberated participation of audience members from 18 to 80. The show takes on an organic nature, feeding not just on Eichholz’s and Manderfeld’s kinetic performing energy but on the audience’s growing confidence and comfort level about the impromptu acting, dancing, or singing that is heartily welcomed by everyone in the house. 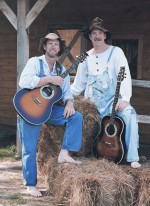 Lubas & Ezra – This back-woodsy duo brings unique talent of vocal harmony and guitars blended in hilarious fashion with their own brand of dialogue. Its an hour or more of side-splitting comedy thats guaranteed to respectfully bust up any formalities. Lubus and Ezra have been highlighting banquet dinners, conventions, annual meetings, and city celebrations, and their popularity continues to grow. Lubus and Ezra are committed to the values of family and rural America and they are committed to premier entertainment thats affordable and refreshingly clean.

Pop Wagner – Pop has quite the reputation as a singer, picker, lasso twirler and downright funny guy. He appeared quite frequently on Public Radio’s A Prairie Home Companion during the show’s formative years and for the last quarter century he has worked his cowboy magic throughout 44 states and ten countries. His cowboy anthems crackle with the warmth of a prairie campfire and his old time fiddle tunes set toes a-tappin’ while he serves up spellbinding rope tricks and tall stories — all with a good dose of friendly humor.