Over One Million Hypnotized….Hilarious Routines….Skeptics Welcome….Picture your friends enjoying a drive through the country in their new convertible, or forgetting their name, or their foot is stuck to the floor. The laughs go on and on. This show will truly make a believer out of the biggest skeptic. 60 & 90 minute shows. Great for Dinner Shows, Post Prom & Grad Parties, Corporate Events, Fairs, Celebrations, & more. Free DVD’s of the show are available to all participants in some cases. Gary is also a certified Hypnotherapist and specializes in Weight Loss, Smoking, Stress Management and more.. The Combo show of Comedy, Magic & Hypnosis is the most popular and requested show. Running 75 to 90 Minutes.

2017 Quote   ” I understand now why the Hypnotist is always the highlight of the all night grad party. I haven’t laughed that much in a long time. It was pure enjoyment. I also talked to several kids and the parents who all feel the same. With over 500 students attending, we couldn’t be more satisfied with the Comedy Hypnosis Show Gary Tyson has provided us for all these years.”                              Susan Helget – Eagan High School – Eagan, MN

A tasteful display of Comedy Magic, Stand Up Comedy and Musical Comedy. This show is very comedy based and filled with hilarious routines. Gary spent most of the 70’s living in Nashville and has performed with many top stars through the years including the legendary George Jones, The Bellamy Brothers, Sammi Smith, Leroy Van Dyke, Sam the Sham, Jack Scott, Dave Dudley, & Tommy Cash just to mention a few. Gary was also a published songwriter for Mel Tillis Enterprise, a recording artist with Sugarfoot Rag and San Antone, and has appeared many times on the Grand Ole Opry with The Charlie Louvin Show. In 1980 Gary turned his sights on Corporate Entertainment and became a Comic Magician and Stage Hypnotist. Gary also pilots his own airplane and has toured extensively throughout the United States and Canada including appearances at Hollywood’s Magic Castle and 1000’s of venues coast to coast. Now celebrating 45 years as a full time entertainer.

Laughter is truly the best medicine.

Close Up Strolling Magic is also available for the Social Hour, etc. 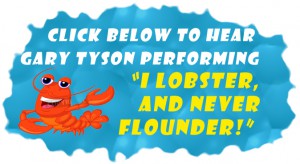 – Gary Tyson performing “I Lobster & Never Flounder” This song was very popular in the early 80’s. You may remember it…

Absolutely perfect for Fairs and Festivals, Elementary Schools, Libraries, or Children’s Birthday Parties. Children love to watch Magic Shows, and even more, learn how to do it. Gary will perform a magic show, then hand out Free Magic Tricks and teach the kids how to do some magic. Magic encourages young people to develop hand-eye coordination, communication skills, and self confidence. This program can be booked separately, or in conjunction with Gary’s Hypnosis Show or Comedy Magic Show.

Watch one of Gary’s Magic shows!

Watch one of Gary’s Hypnosis shows! 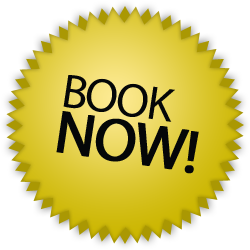